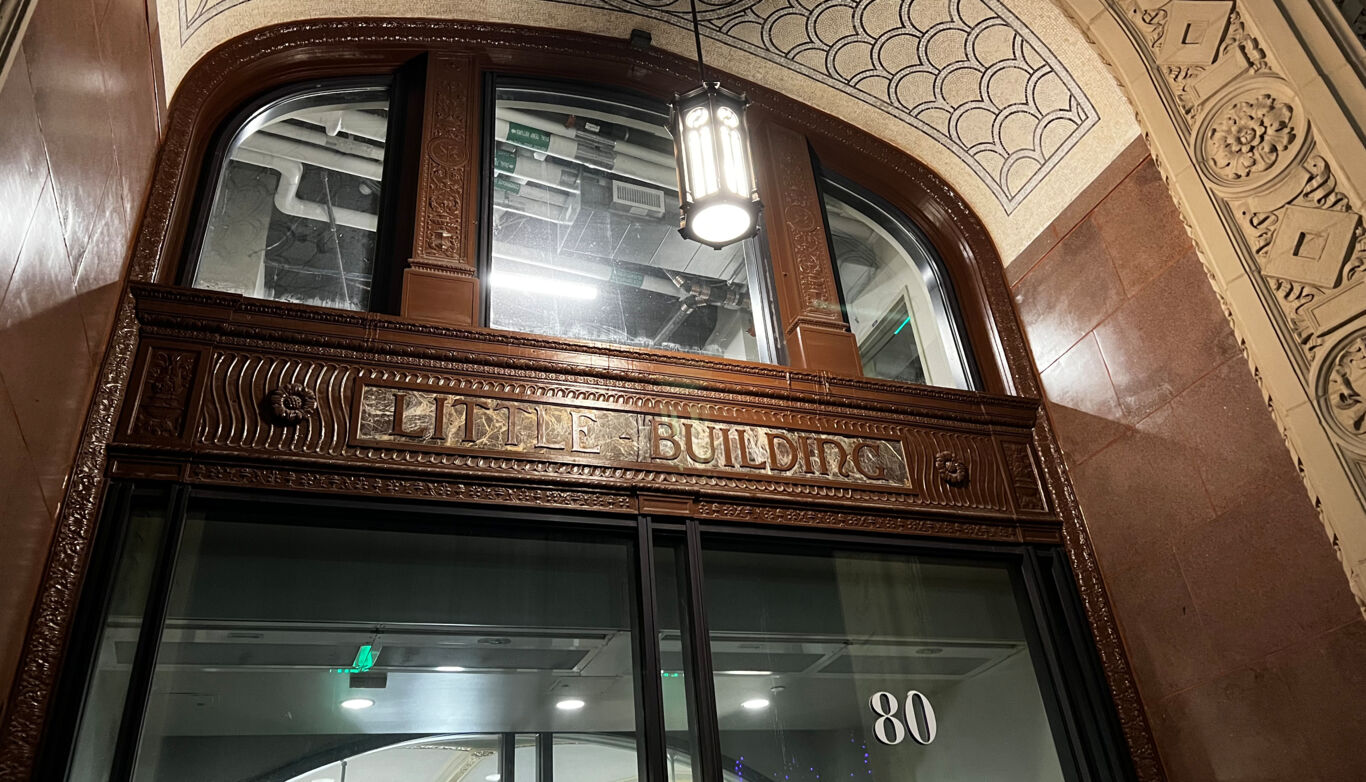 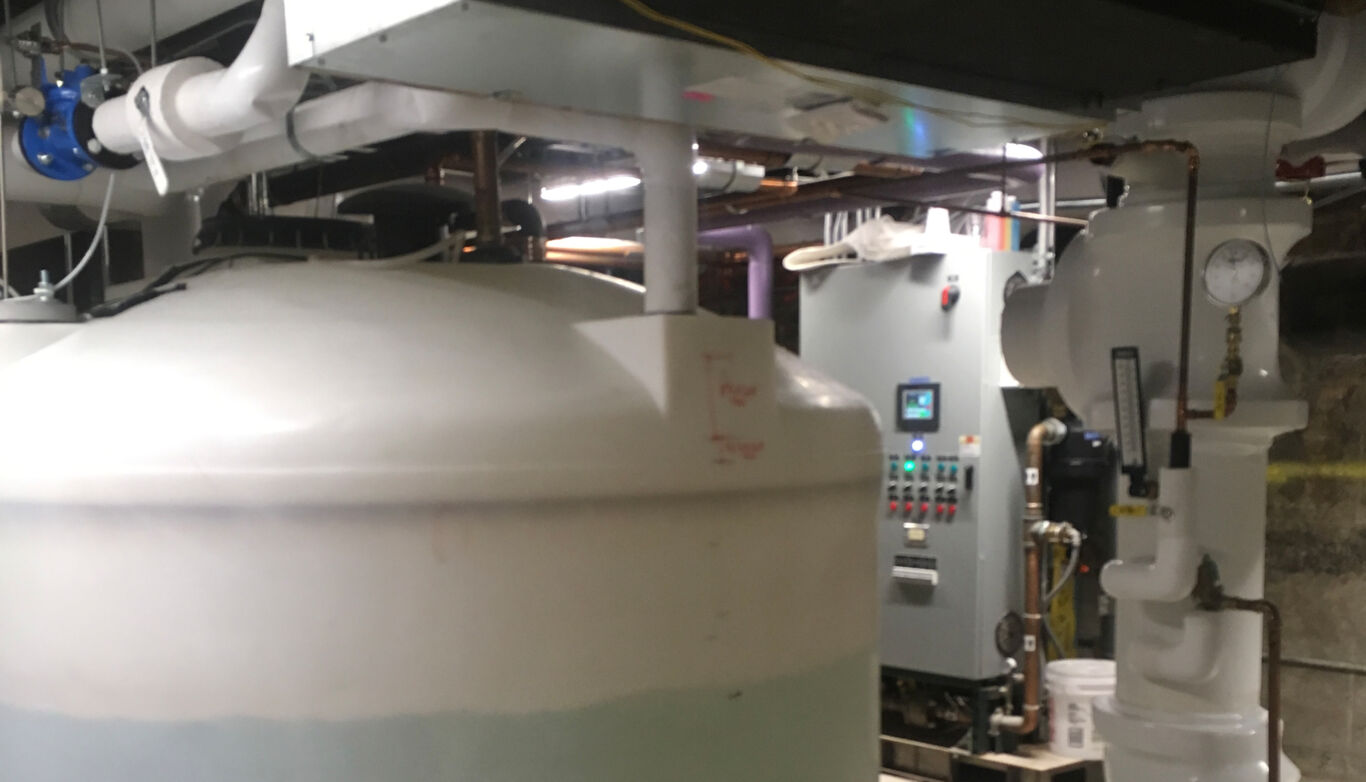 What the Client Needed

Emerson College recently undertook a multi-year project to preserve a historic building at 80 Boylston Street in Boston to serve as a freshman dorm. The century-old Little Building, as it’s known, reopened as a 13-story residence hall with rooms for 1,035 beds and shared restrooms on each floor.

Project planners needed a source of site-generated water for toilets and urinals that would be available on demand. They also needed a system that could protect Boston Harbor from sanitary and stormwater runoff in times of heavy rain. In addition, by reducing the use of potable municipal water for toilets, they could create a more environmentally-friendly footprint for the city.

Early in planning the project, the architects decided to incorporate a rainwater harvesting system into the Little Building. In the planning phase of the project, a Boston engineering consulting firm reached out to W.P. Haney Company (the Watts RainCycle™ local sales representative) to assist in design and, ultimately, provide a solution for their specific needs. The system needed to be capable of collecting rainwater from the roof to be stored in a below-ground cistern. There it could be filtered, disinfected, and pumped to toilets throughout the building.

The system involved is the RainCycle™ solution from Watts. It captures, stores, treats, and pumps a building’s roof-collected rainwater for non-potable end uses. It conserves potable water by using rainwater from the Little Building’s roof. In addition, the system helps the Little Building comply with a Boston building mandate designed to diminish the impact of sanitary and stormwater overflows into surrounding bodies of water.

Multiple components were involved in the Little Building rainwater system design. Watts roof drains collect the rainwater and direct it to the large storage cisterns under the building. Watts backflow preventers were also installed to prevent cross-connection to the city’s and the Little Building’s potable water supply. Also, Watts SentryPlus 113RFP flood protection shutdown valves were installed to monitor the backflow devices.

The Little Building is occupied, and the facility engineer reports that the rainwater system continues to supply safe, disinfected water for the toilets and urinals.

According to Rich Dean, CPD, of Boston’s Vanderweil Engineers, “using site-collected rainwater has had a long-lasting impact. Water that otherwise would be a nuisance in the city’s already overburdened stormwater conveyance system can now be put to beneficial use—serving as a safe, free resource to meet much of the Little Building’s non-potable water needs.”

Rich Dean
CPD
Vanderweil Engineers
Using site-collected rainwater has had a long-lasting impact. Water that otherwise would be a nuisance in the city’s already overburdened stormwater conveyance system can now be put to beneficial use—serving as a safe, free resource to meet much of the Little Building’s non-potable water needs.